Carbon canisters have been used in automotive applications for decades. They filter hydrocarbons out of fumes vented during thermal expansion and/or refueling of tanks. Canisters are then purged when fresh air is drawn into the tank during thermal contraction or while the engine is running. By regulation, canisters must be protected from water and raw fuel. Both reduce their efficiency. Canister sizing is dictated by both boat and tank size. 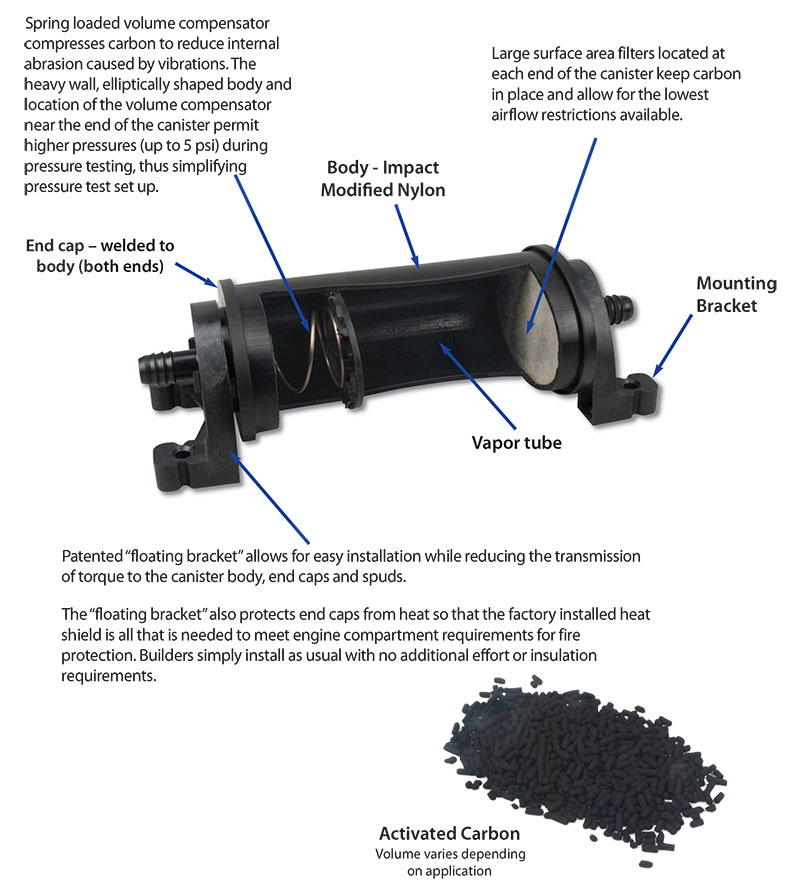 Hydrocarbon molecules are attracted to and stored on the surfaces of carbon pores by a physical phenomenon known as adsorption. Canister filling or adsorption occurs during two major events – thermal tank content expansion and refueling. Canister purging for marine industry will occur passively – based on vacuum created during cooling of gas and gas tank and engine use of fuel. Tank vacuum will pull ambient air through the canister resulting in desorption or purging of hydrocarbons from the canister. Purging is a function of the amount of vapor in the canister, purge air volume, and temperature.